A special summer edition of the Lisbon festival 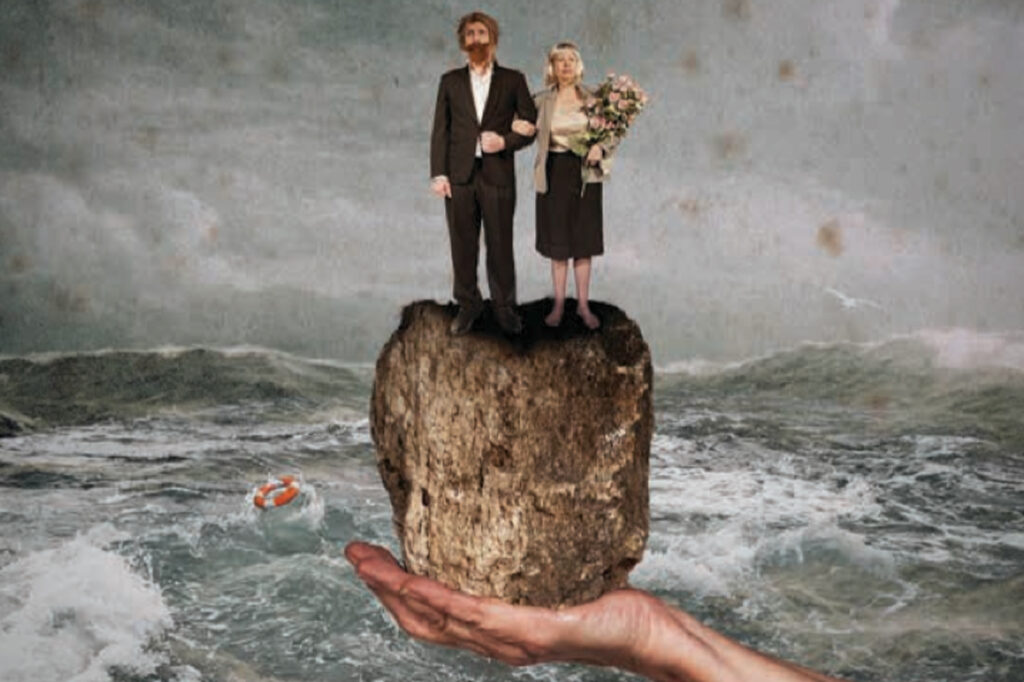 It is time to try to restore some normality to our lives, that is why A Tarumba, a puppet theater company that organizes the FIMFA Lx - International Festival of Puppets and Animated Forms, presents, from August 5th at Teatro do Bairro, Teatro Taborda and Castelo de São Jorge, a special summer edition of the event. There are eight shows with the usual rank of excellence of the festival that lives up to the current times, but without losing the humor, renamed it to "descon'FIMFA Lx".

It’s the big surprise of this August: Lisbon will actually be hosting the FIMFA,. The International Puppetry and Animated Forms Festival, which usually happens in May. However, due to the constraints resulting from the pandemic, the event was canceled. But Luís Vieira and Rute Ribeiro, artistic directors of the theater company A Tarumba and FIMFA Lx, decided that they would not give up and, weaving their network of collaboration with various artists of puppetry and objects, as well as with some venues in the capital, set up a “lightning fast program” with eight great shows of great international names such as Agnès Limbos and Oligor y Microscopía, and Portuguese names like André Murraças, Companhia Pia, Teatro de Ferro, Formiga Atómica and, of course, A Tarumba.

“Even knowing that we are sailing by sight and living with a suspended future, we want this to be the August of our de-confinement, ” explains Luís Vieira, stressing that the Descon’FIMFA intends to give a sign of confidence to the public and show that “it is possible to return to the theaters safely, complying with all the required sanitary rules.” To “restore the harmonious coexistence, an essential condition for the theater, between artists and the public”, the festival presents shows “with very small audiences and several adaptations on the scene that, although they do not compromise the creative concept, ensure the need to restore the confidence of the spectators in theaters and on stage. ”

The theater of objects to think about our time

In the festival program, Shaday Larios, from Oligor y Microscopía, is quoted: “our objects can speak for us, when we are no longer here. Either when we refuse to speak, or due to many other absences. So why couldn’t we speak for them? ” This idea serves as a kind of hat for the alignment of the Descon’FIMFA which, as Luís Vieira points out, “finds in the manipulation of objects the formal unity”, which makes this edition of the festival something absolutely “unprecedented” in the very concept of FIMFA. Through these shows, they are “the objects that gain prominence and connect us to the emotion and humanity that surrounds them.”

The first two shows of the festival are very representative of the formal and conceptual capacity of the theater of objects to create imagery or describe memories. They are both created by Jomi Oligor (Hermanos Oligor, Spain) and Shaday Larios (Microscopía Teatro, Mexico), two artists who have worked together since they realized they were walking parallel paths.

The first, opening show of this Descon’FIMFA, is an absolute debut in Portugal and is titled La Melancolia del Turista, a corrosive approach to mass tourism that no longer exists and “to the mental constructions of paradise that the tourist seeks, but can never find”. The second, The Machine of Soledad, is an incredible story told from love letters written in the early twentieth century, found inside a suitcase in Mexico, which now returns to FIMFA, five years after passing through the festival and receiving enthusiastic acclaim from the public.

The festival closes in early September with the return to Lisbon of an artist who is considered to be “the pope of the theater of objects”, Agnès Limbos, and the Belgian company Gare Centrale. Ressacs it is an exercise in humorous criticism of the consumer society and the excesses of capitalism as it follows the odyssey of a bankrupt couple “on the brink of a nervous breakdown” after, being affected by the crisis of the sub prime, drift offshore on a small boat. As Luís Vieira points out, it is yet another show “full of irony and ingenuity by a great master of European theater.”

Long-time partner of FIMFA, André Murraças is one of the most interesting amongst the current creators of Portuguese theater and his creations are no strangers to using the technique of object manipulation. In this Descon’FIMFA, an absolute debut: The Pink Triangle. The play marks the 75th anniversary of the liberation of Auschwitz, invoking the dark experience in the Nazi concentration camps of homosexual Jews.

Also a longtime accomplice of the Lisbon festival, from Gaia comes the most recent creation of Igor Gandra and his Iron Theater. A Faraway Thing it is the first phase of a film-performance, made in collaboration with the composer Carlos Guedes, where “it seeks to understand a series of peculiar events carried out by a group of emancipated objects.”

The festival’s program also includes returns to the stage of the magnificent The walk of elephants, by Miguel Fragata and Inês Barahona (Formiga Atómica), and by the bewildering “blonds” of Luís Vieira and Rute Ribeiro (A Tarumba) with This is not Gogol’s nose, but it could be… with a touch of Jacques Prévert..

Finally, a special highlight for the street theater of the PIA company, a project based in Pinhal Novo, on the south shore of the Tagus, which opens (finally!) in Lisbon, after, over its 18 years, having traveled with its giants to countless European, Asian and South American countries. In Between Worlds, large puppets take us through, with sensitivity and imagination, an area somewhere between life and death. An unmissable spectacle for the whole family that can be experienced at Castelo de São Jorge.

THE Descon’FIMFA Lx It takes place between August 5th and September 5th, with most shows to be shown at Teatro do Bairro, with the public able to take advantage of the purchase of vouchers for several sessions at a reduced price. Everything for descon’FIMFAwith proper safety measures and, of course, with theater of excellence.