"Architecture must be rational, intelligible and understood by all" 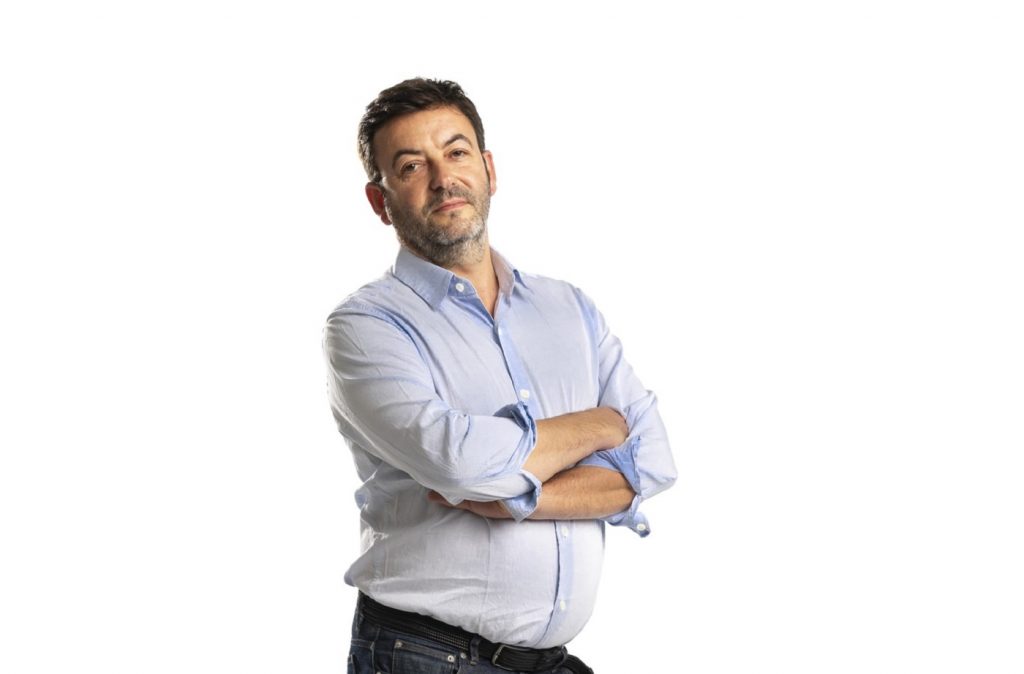 French architect Eric Lapierre is the chief curator of the 2019 Lisbon Architecture Triennale, which begins on 3rd October. About a year ago, he completed a university housing project in Paris, which won an award for best building built in France in 2018, among other international awards.

Is his work closely linked to the academic world?

I am also an architect in the traditional sense of the word. I have a studio in Paris, where I am a teacher, as well as in Lausanne (Switzerland) and Harvard (USA). About half of my time is devoted to teaching and the rest to my studio. In addition, I write books and articles on contemporary architecture subjects.

This edition of the Triennale has as its central theme ” A Poética da Razão” (The Poetics of Reason). Were Eric Lapierre and his team the ones who chose it?

It is a work I have been developing with a team of professors with whom I collaborate in the school of architecture (École d’Architecture de la Ville et des Territoires à Paris-Est). We had been working on the subject for about a year now in the academic field. The Poetics of Reason is a research project that seeks to define the specifics of the rationality of architecture. The invitation was made official about three years ago, at the end of the previous (2016) Triennial. This allowed us to have all this time to work on the subject, a period of time that allows us to research deeper, unlike other biennials where you only have six months of preparation, for example.

How do you characterize this rationality?

For our team it is important to clearly state that creation is part of intuition, but it is also based on rationality. Architecture is a public art; its works are not enclosed in museums or private collections. They belong to everyone, not just the architect or his clients. They are part of the public space and the city. Thus, it is important to state that architecture must be rational, intelligible and understandable to all, and that in order to achieve this purpose it must be based on rational premises. Note that when I refer to rationality, it is not that it is more boring than something more subjective. Architecture always has a subjective aspect, but this part doesn’t have to be the most relevant. It is important to think that the reason is glamorous. And that it involves a lot of imagination.

There is no opposition between rationality and sensibility or sensuality and imagination. One of our exhibitions, Interior Space,curated by Fosco Lucarelli and Mariabruna Fabrizzi, is about imagination in architecture. It shows that an architect must start by creating his own imagination as a corollary of a rational process. It should go beyond taste: architects need more solid reasons to act and to judge things. For the public, appreciation has to do with everyone’s taste, which is natural. For an architect, like an artist, there is a rational process in the imagery that comes from the memory, the classifications, the choice of field, or the tradition in which the creator would like to inscribe his work. These aspects belong to a process of rationality that is neither dry or boring, nor any less interesting than creativity. There is a bridge between rationality and creativity that is impossible to destroy. Rationality is a way of inscribing our obsessions or deliberations in the field of common culture. It is the mediator between these intimate obsessions and the common culture.

Yes, a tool, an interpretation and reading network. Something that opens up the imagination.

How does this relate to individuality? For example, with the renowned architects who have a very recognizable style?

You are talking about starchitects [“stars of architecture”]. There are some here in Portugal, such as Siza Vieira. These are people who have developed a personal view of architecture throughout their career. These architects are keenly aware of the weight of their culture and, for this reason, their works are easily appropriated by the public. For me, the point of the discipline of architecture is also to emphasize that being an architect is to be involved in this culture. It is the fact that you consciously inscribe your work in the flow of architectural culture that allows collective things to happen. It is much bigger than an individual. To make architecture is to do something collective, even if it is a private house: it is always collective because it belongs to the common culture of architecture.

The names of the Triennale exhibitions suggest that ” Natural Beauty ” and ” Inner Space ” are from a more interior universe and that ” Economy of Means and Arquitecture and Agriculture: In the Side of the Field” are from a more rational universe.

I wouldn’t say so because we try to define the specifics of the rationality of architecture and all this rationality is essentially based on “Economia de Meios” (Economy of Means). The other exhibitions address specific aspects of the rationality of architecture. “Beleza Natural” (Natural Beauty) It’s about the fact that we need a structure for a building to stand up. It is about the choices one can make to design a structure.

Consider, for example, a branch of a tree. It has the shape and amount of material just enough to balance itself. This quality can be replicated in building structures, for example, to cover the greatest amount of space with as little material as possible. Economy of Means is a way of thinking that is closely linked to natural processes. Inner Space deals with the brain of the architect and how the architect uses rational processes to build his imagination. It uses models, drawings, virtual reality and a series of objects that are a kind of cabinets of curiosities. Agriculture and Architecture addresses the environment and the problems we are currently experiencing like global warming. The exhibition evokes the history of the environment and proposes four scenarios for the near future. It is a way of alerting the public that we must change dramatically and soon. And that we need architecture for that. Architecture has always responded to contemporary social issues. When we pass through a crisis it can be very easy to say that we don’t need architecture, but if tomorrow the environment is bad, ugly and people are depressed, we need to have solutions.

I believe you can mobilize your students with these questions, but how can we raise awareness among the public authorities, our leaders?

Certainly our leaders are not yet ready, but there has been an evolution. Ten years ago, only the ecological parties were talking about these issues. Today, with the exception of some extremist figures, such as Trump or Bolsonaro, any reasonable political leader addresses these issues. I do not think they can already make the right decisions because the necessary measures would be difficult to explain to the populace. In the near future, this will be one of the central questions: how will we be able to impose the necessary changes on those who have become accustomed to live wasting energy and resources.

Do you think there is a responsibility of architects to deliver this message, for example, to their clients?

In part, yes. When you have a contract with a client, it is not easy to convince them because it may increase costs or change the project so much that they get scared. Events like the Triennale are ideal in this respect because they do not suffer from market pressure; they are free in every sense of the term. If I dedicate my time to such an event like this it is to try to educate society in a way that I can’t in schools, for example. I believe we have a duty to do so.

What is an Ornament?