A walk through Benfica’s Farms 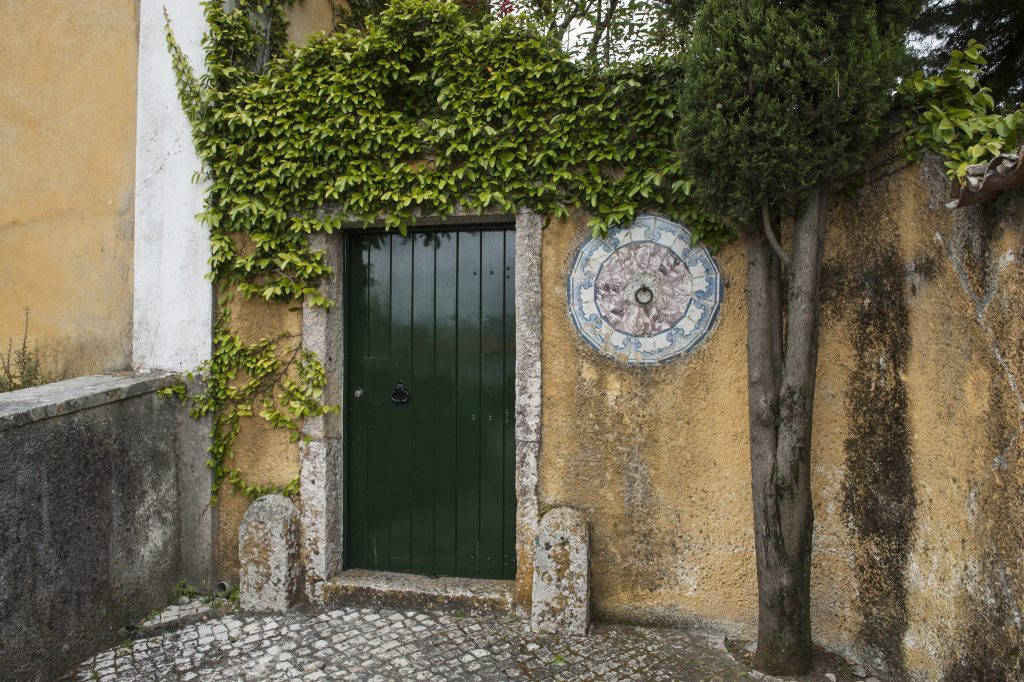 Due to the beauty of its landscape, the area of Benfica was very popular among the aristocracy as a summer resort. Throughout the 19th and 20th centuries, it underwent major transformations due to the urban expansion of the city. However, to the south of the railway line, Benfica maintains a characteristic set of listed buildings reminiscent of its former glory. Integrated in a unique environment due to its proximity to Monsanto, farms and palaces, this route brings to mind what Friar Luís de Sousa said of São Domingos de Benfica as: "a small valley, which is naturally pleasant, and that for the freshness of the fountains and trees, deserves, if you can believe it, the name of Benfica. "

The old and amiable settlement of Benfica, although far from having the same importance it once had in the capricious and inconstant concept of the capital’s high society, is nevertheless in its own right, the suburban corner of Lisbon that gives us the closest idea of the prestige Tivoli and Frascati have in Rome. Nowhere else in Portugal, except for Sintra, will there be gathered together in such a small circuit, as beautiful, as historic, as anecdotal, as nostalgic farms as the ones in Benfica. Ramalho Ortigão We start our journey at the entrance of the Zoo in Praça Humberto Delgado. The Zoo, as we know it today, was inaugurated on May 28, 1905 in the old Quinta das Laranjeiras, which belonged to the Count of Farrobo (Joaquim Pedro Quintela). Portuguese aristocrat, philanthropist and patron of the arts, he died in misery in 1869 having squandered his entire fortune. Before Quinta das Laranjeiras, the Zoo operated in Parque da Palhavã (where Fundação Calouste Gulbenkian is now located). With the lease of the land ending in 1905, and with the generosity of the owner of Quinta das Laranjeiras, the Count of Burnay, the Zoo then moved to its new place, where it remains until today. We leave the main entrance of the zoo and continue through Estrada de Benfica until we arrive at the former main entrance, formerly the entrance to Teatro Thalia. The fascination of the Count of Farrobo of the performing arts led him to have a theater built next to Palácio das Laranjeiras in 1820. At its inauguration, on February 26, 1843, a large party was held for Queen D. Maria II. In 1862, a fire destroyed the theater. The count still tried to rebuild it, but by that time he had no fortune left and the theater was left abandoned. Quinta das Laranjeiras was sold at public auction in 1874 (after the death of the count), having passed through several owners. In 1940, the palace was purchased by the Ministry of Colonies and eventually hosted several ministries. In 2010, the Ministry of Science, Technology and Higher Education launched a rehab project for the theater, which was left in the hands of Gonçalo Byrne, Patrícia Barbas and Diogo Lopes. Right now, Teatro Thalia is the stage of various cultural and scientific events, and regularly hosts Orquestra Metropolitana de Lisboa concerts. Continuing through Estrada de Benfica, we arrive at Chafariz das Águas Boas (or Santo António da Convalescença). The fountain was built on D. Maria I’s request in order to respond to the needs of the inhabitants of Estradas da Convalescença (currently Estrada de Benfica) and Laranjeiras. It was supplied with water from the Aqueduct, and was completed at the beginning of the 18th century in 1817. In its decor it shows the royal weapons of D. João VI. Just ahead we have the Convent of Santo António da Convalescença, founded in 1640. The convent was built in a place called Cruz da Pedra, having served for many years as a hospice for sick religious people who, after being treated in the infirmary of the Santo António dos Capuchos Convent, went there to convalesce and were assisted by other religious people. The convent was closed in 1834. The facade, totally lined with tiles from various eras and in perfect condition, is rare in Lisbon. Two schools were set up here: the Technical Elementary School of Pedro de Santarém and the Professor Delfim Santos Preparatory school, as well as the International University. We then proceed to a zone unknown to most of Lisbon’s inhabitants, a small and quiet neighborhood located in Travessa das Águas Boas, the Bairro Novo or Bairro das Águas Boas. Built in the height of Estado Novo (1960s and early 1970s), it is almost a village within the city, characterized by houses with high and narrow doors, in a very quiet area. We go back and continue along Rua de São Domingos de Benfica, where, as we look at the facade of some buildings, we come across the “Wedged”, decorative elements in bas-relief, placed above the entrance of the buildings. In the 1940s and 1950s, construction had no great aesthetic sense. The issue was solved by incorporating these sculptures – most of them being of women lying down. In 1969, architect Francisco Keil do Amaral joked about the situation, finding bizarre the “epidemic proliferation of a strange type of sculpture” that he pledged to combat by creating an “Association for the Protection of Lisbon and of the Women Wedged between doors and windows.” We follow the green corridor using the aerial passage. Here, we stop to observe the other side of the railroad, a predominantly green zone, with the Monsanto forest and some farms. We then arrive at Rua António Macedo, stopping at Quinta do Lameiro, whose house was built between 1670 and 1680 by the Sanches Baena family. In 1838, Abraham Weelhouse, married to Elisabeth Oom, bought it at auction. It was there that the couple’s son dedicated himself to experiments with imported seeds, leaving behind numerous books on the subject. It currently belongs to the Oom family. We continue our journey until we reach Bairro do Calhau, a true village within the city. Built in the mid-20th century, it consists of ground-floor houses with a familiar atmosphere. Everyone here knows each other and has the typical neighborhood life. In Largo do Convívio, where Flor da Serra’s Residents Association works, we stop to eat a “pastel de nata” and drink coffee. The itinerary continues on to Largo de São Domingos de Benfica, where we come across the Chafariz de São Domingos de Benfica, incorporated in the Palácio and Quinta de Devisme. It was built with royal permission on the initiative of Gérard Devisme, a bourgeois pombaline redwood merchant. In 1784, the fountain was finished, but it was only in 1787 that a license was granted that allowed for water passage from Águas Livres Aqueduct. There was one condition to this, though: in the event of a lack of water, the fountain would not be favored in relation to the fountains of greatest public need. We now focus on the Palácio and Quinta de Devisme (or Infanta). It is an 18th-century farm belonging to French merchant Gérard Devisme, one of the most influential bourgeois of the time of Marquês de Pombal. The farm was then purchased by Infanta D. Isabel Maria, who settled there with a small court. Eight years after her death, the palace was turned into the São José College. In 1910, the palace and the farm passed into the hands of the Government, and a reformatory was installed there. Currently, it belongs to a religious congregation that gives social support to the population. The building has endured many transformations but maintains its original design. Right next door, we have the Convento de São Domingos de Benfica, a Dominican convent of medieval construction, rebuilt in the 18th century. . In 1911, the Military Institute of the Pupils of the Army was installed here. One of the interesting points to visit is the Church of Nossa Senhora do Rosário, which operated as the parish of São Domingos de Benfica until the 1970s, passing then into the hands of the Portuguese Air Force. Classified as Property of Public Interest, it is a fine example of mannerist religious architecture. On the inside, we have the figurative tile panels of António de Oliveira Bernardes, the main altarpiece and the mannerist altars of Jerónimo Correia, sculptures by Manuel Pereira, paintings by André Gonçalves and Vicenzo Carducci, the tomb inscription indicating the tomb of Friar Luís de Sousa, as well as the tomb of D. João das Regras (reference work in the medieval tomb, classified as a National Monument). We leave the church, turn back, and head for the last point of our itinerary, the Palácio Marquês da Fronteira. Built between 1671 and 1672 as a hunting lodge for João Mascarenhas (the first Marquis de Fronteira), the palace is in a very quiet place, right next to Parque Florestal de Monsanto. Initially designed only for the holidays, the palace underwent changes after the 1755 Earthquake in order to host the family permanently. Although it is not very common, and despite being considered a national monument, the palace is still used as the residence of the Mascarenhas family. There is a part open to the public, which includes some rooms, the library and the garden, and it is also used for cultural purposes such as for concerts, poetry sessions or literary workshops.