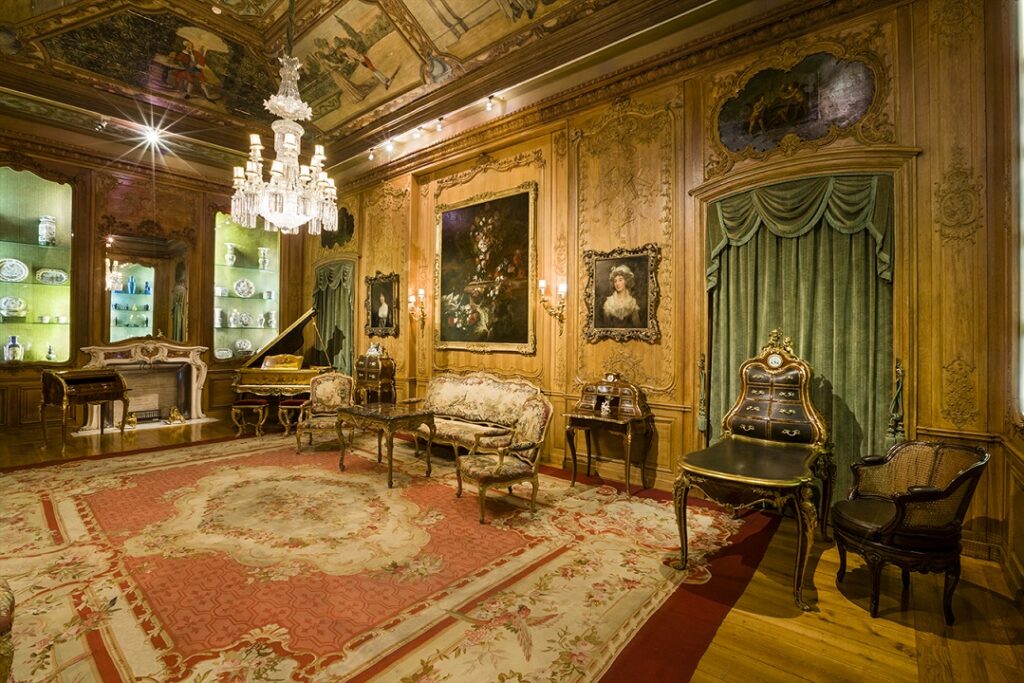 The collection he built reflects an eclectic and cosmopolitan taste that fits the atmosphere of the house. The choice of works of art was always guided by a criterion of excellence that is revealed in particular in two collections for which the collector designed rooms: clocks and Chinese porcelain.

In addition to these, Portuguese and French furniture, the collection of Dutch and Flemish paintings from the 16th and 17th centuries, English portraits from the 19th century, jewelery ornaments, English silver tableware, sacred jewelery and tapestries Flemish and French from the 16th, 17th and 18th centuries. This is the opportunity to get to know the collection of what became one of the great Portuguese patrons of the 20th century.