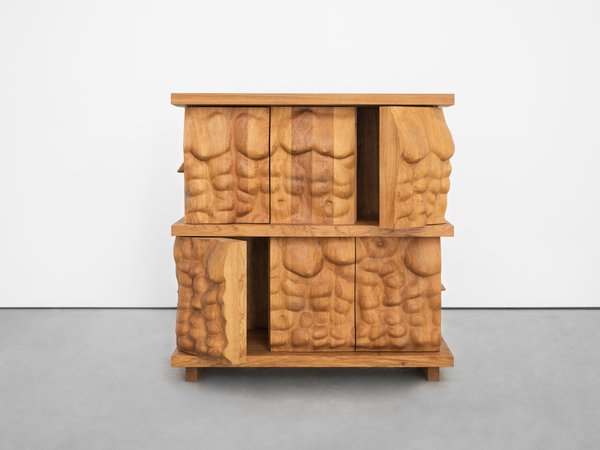 Daniel Dewar (United Kingdom, 1976) and Grégory Gicquel (France, 1975) have been collaborating since the late 1990s. Their career together began with the presentation of lengthy performances in which they would reproduce, over and over again, simple and mundane actions, such as bouncing a ball on the ground or eating an ice-cream. Shortly afterwards, this idea of a repetitive task became linked to an obsession with the productive autonomy and independence of all types of services for other people, a fact that launched them on an epic journey for the recovery of traditional professions such as working with terracotta, wood, stone or textiles, and which even led them to conceive their own instruments with which they transform these materials. The result of this work offers us glimpses of a world that is similar to ours in every respect, although just slightly distorted: augmented, fragmented, duplicated, fused, metamorphosed, as if these objects were instances of a parallel universe where the absurd is not a sign of existential angst, but precisely the opposite.

Tuesday to sunday: 11am to 6pm

I was sitting on my patio this guy appeared I thought I was...

The Roaring Twenties in Lisbon