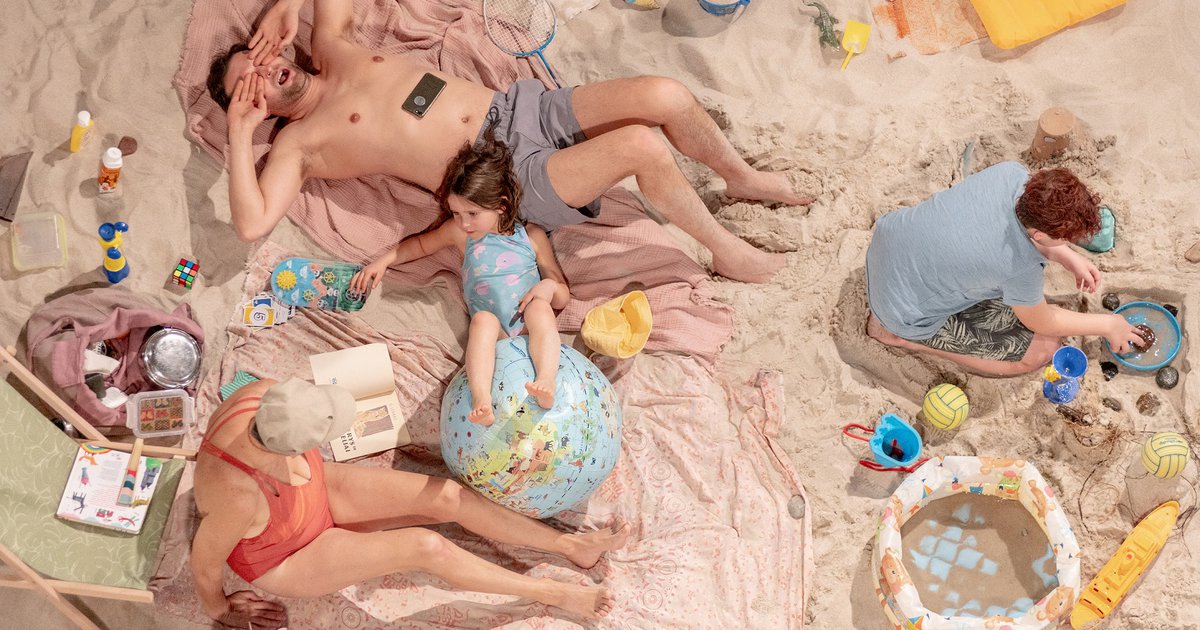 Imagine yourself on a beach, or not, watching it from above. The scorching sun, sunscreen, shiny bathing suits, and sweaty bodies. Weary limbs sprawled lazily on a mosaic of towels. Imagine the occasional shouts of children, laughter, the sound of an ice cream van in the distance. The musical rhythm of the waves in the surf, a soft sound. The rustle of plastic bags swirling in the air, then floating silently, like jellyfish, below the waterline. The roar of a volcano, or an airplane, or a speedboat. Then a chorus of songs: everyday songs, songs of worry and boredom, songs of almost nothing. And below them: the slow creak of an exhausted Earth, a sigh.