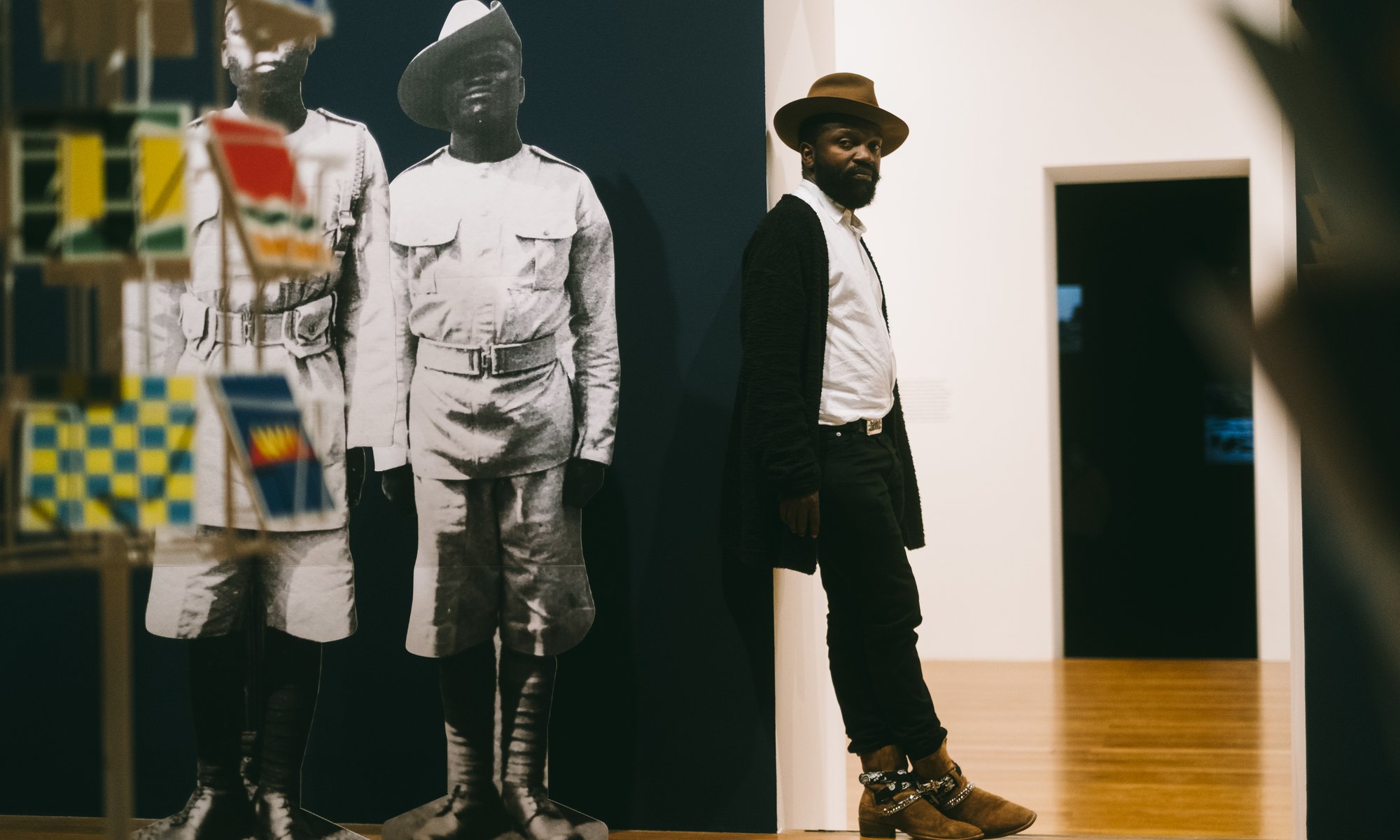 Samson Kambalu is a Malawi artist, born in 1975, who settled in the United Kingdom at the beginning of this century. His work gained international recognition when he was included in the central exhibition of the Venice Biennale, in 2015. On that occasion, Kambalu presented a group of his films entitled Nyau: small black-and-white clips, without any sound, which capture his own performances at different places all around the world. The result of a deliberate mixture of the influences of the ancestral African culture with the situationist movement, Kambalu’s films, as well as the rest of his artistic production, effect a translation between these two universes – African and western – through a gaze that seeks to use a sophisticated humour and irony to dismantle some of the most deep-rooted myths and claims of contemporary artistic and intellectual activity,