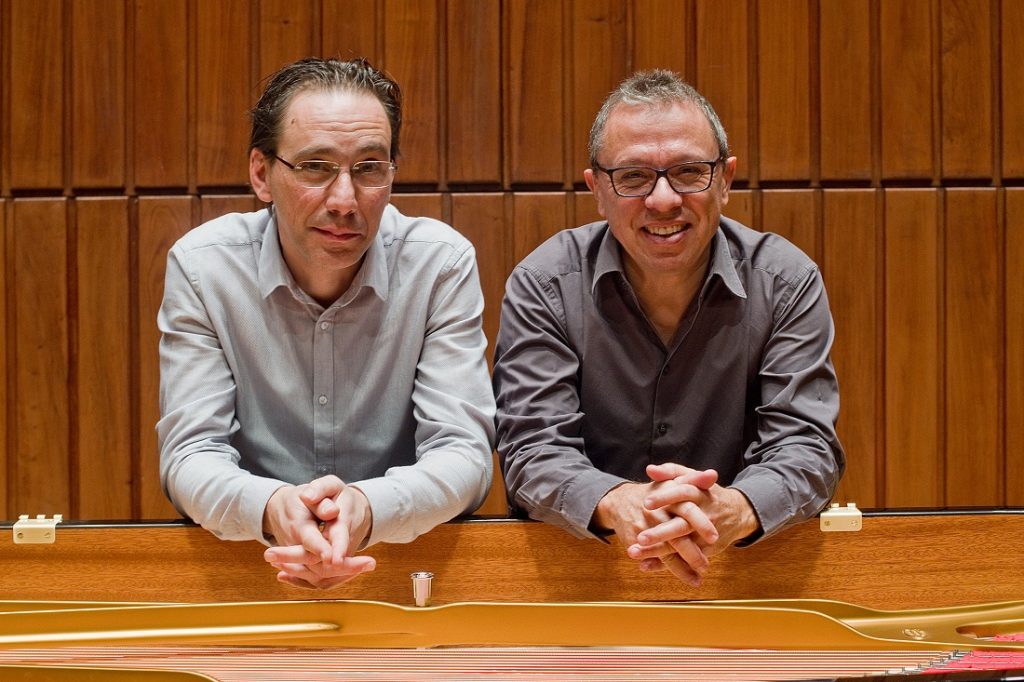 Mário Laginha and Pedro Burmester reunite in four-hand piano concerts. On the 20th September, the two pianists will share the stage of the Grand Auditorium of Centro Cultural de Belém, a stage well known for the duo recording the album ‘Duetos’ in 1994, which now celebrates 25 years. United by a common classical musical education, Laginha opted for a career closer to jazz, while Burmester prioritized the interpretation of a classical repertoire.

Twenty-five years ago, the two pianists started a collaboration cemented by a close friendship and complicity, which resulted in a record, a number of concerts and, some years later, their participation in the 3Pianos project with Bernardo Sassetti. The repertoire they bring to the stage of the CCB includes Grand Tango, by Astor Piazzola, Concert for Two Pianos, by Mário Laginha, Ballade No. 1 Op. 23 by Chopin, in its classical approach (Pedro Burmester solo) and in the version of Mário Laginha (solo) included in the ‘Mongrel’ album, the Prélude à L’Après-Midi d’un Faune by Debussy, and La Valse, by Maurice Ravel.

Works from the FLAD Collection

Perspectives on the quarantined city