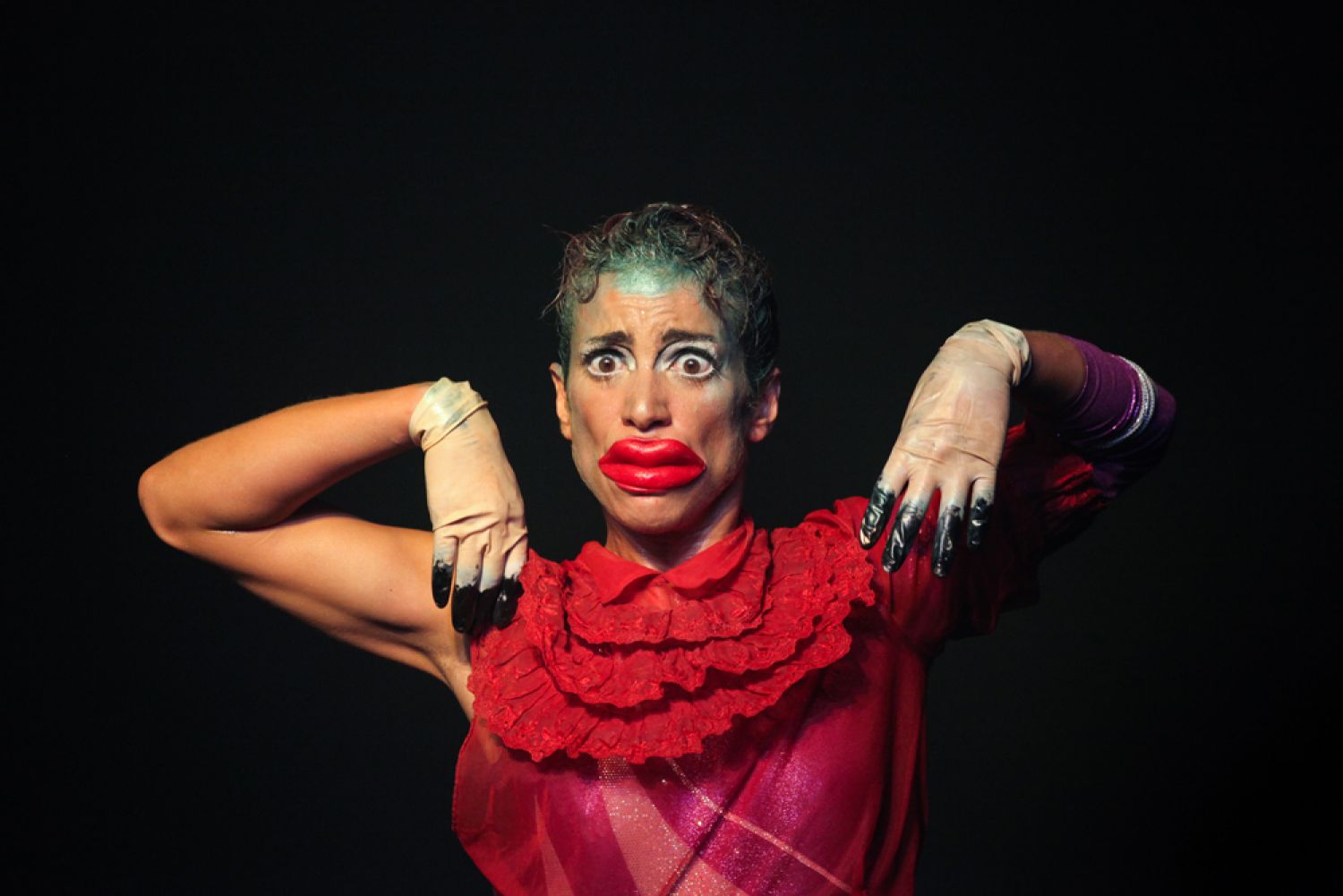 This piece derives from someone I drew as a memento of a concert. I called it Guintche and it grew, gained a life of its own, autonomy and rebelled. Guintche is a Cape Verdean Creole word, cape-verdean spoken language; It is the name of a bird, the name of a prostitute, but it may also refer to for an attitude, that of someone who jumps from an event to another, lacking coherence in his/her choices. Through its counter-intuitive structure, Guintche responds as a wax sculpture: it melts, solidifies, breaks, changes form… Yet, it keeps the same nature, that is to say, it remains the same wax. – Marlene Monteiro Freitas