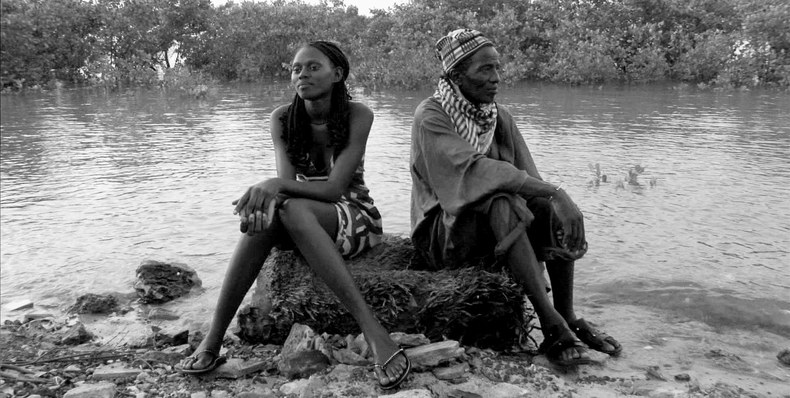 João Viana’s feature film The Battle of Tabatôis screened 12 hours a day at Padrão dos Descobrimentos in Lisbon. The screening is part of the exhibition Contar Áfricas! (Narrating Africas!),a project coordinated by António Camões Gouveia (NOVA|CHAM) which involves the collaboration of several institutions, associations, and researchers. The film was described by Berlin’s Freie Universität as the first Portuguese decolonization film.

“The first time I heard about this was in Germany. A young, classically-trained violinist told me that he dreamed of going to a musicians’ village located in central Africa, which was legendary among young Germans, and where one could learn to play the djembe. Suddenly this seemed so close to me that it clicked. When I was a young boy in Africa, parents would send their children to learn music in Germany. Now it was all upside-down Which is good. Because things really are upside-down. But we Europeans don’t see that. The world has really changed. And this is not new. Africa is not as we think it is. And we should blame fifteenth-century Portuguese people for that, because they destroyed African documents to prove that our culture was superior to theirs.” João Viana

Amalia at the Cinema