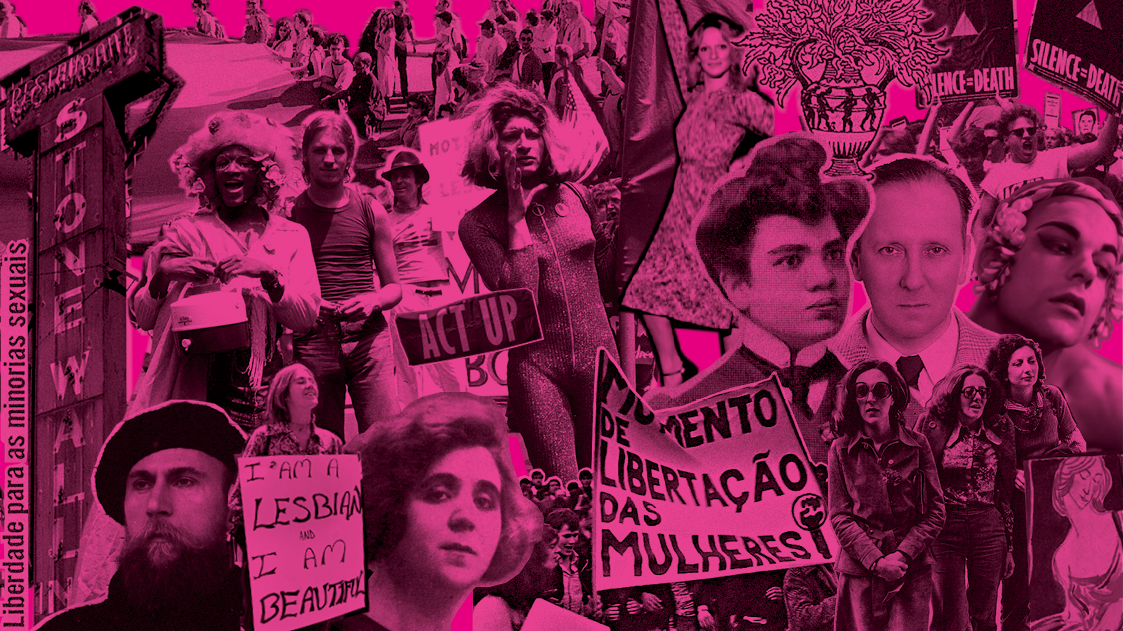 Adeus Pátria e Família[1] addresses the dynamics and tensions between the repression and the resistances of sexual and gender diversity during the Estado Novo dictatorship and after the Carnation Revolution. This exhibition tries to understand how this tension conditioned daily life, perpetuated oppressive and discriminatory practices and discourses, leaving a mark in Portuguese society until the present day.

The exhibition invites us to reflect on the constructions, deconstructions, and reconstructions of the concept of gender and the path still – and ever – necessary to build a democratic society.

In this year in which we celebrate more days lived in freedom than in dictatorship for the first time in our recent history, we also celebrate 40 years of the decriminalization of homosexuality, and 4 years since the legal consecration of gender self-determination. These advances are inseparable from decades of resistance, courage, mobilization, solidarity, and confrontation of fear.

The entire journey made so far inspires us to continue fighting for the dignity of the human person, honoring all those who were persecuted, criminalized, pathologized, colonized, humiliated, and oppressed, thus committing to defend the ideals and values of freedom and democracy.